Thanks, we've sent you an email to confirm your subscription.
Oops! Something went wrong while submitting the form.
Wellbeing

Being in the business of fear 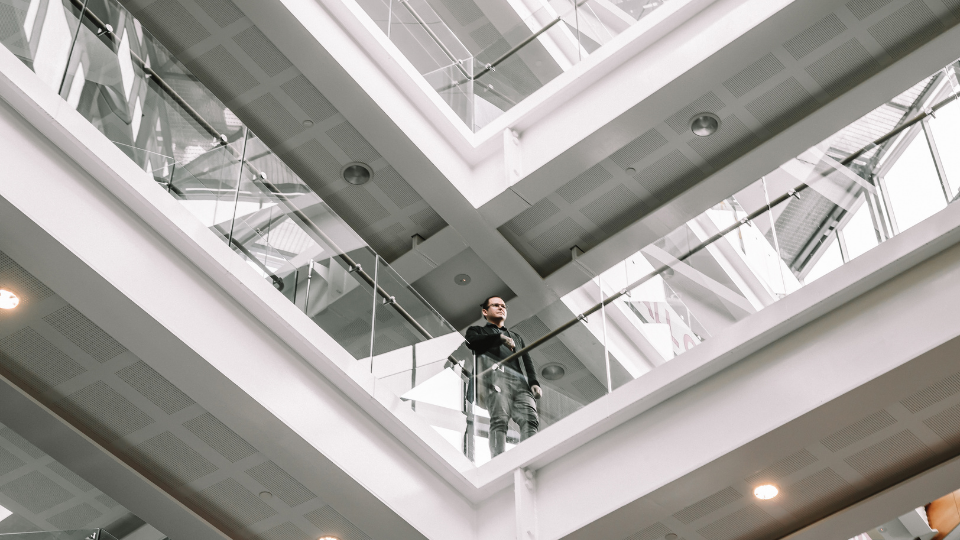 It may seem a bit blunt, but you could see lawyers as being in the business of fear. The very role of a lawyer is to mitigate fear and manage risk – to identify and address every potential problem. Lawyers can be seen as risk-averse, conservative, and competitive, but such labels don’t paint the full picture. We sought to find out about the mindset of lawyers and how this can affect their wellbeing.

Grant Pritchard, President of the In-house Lawyers Association of New Zealand, wants to create a healthier relationship with work for lawyers, both in-house and in private practice. He believes that “being in the business of fear” has a lot to account for when it comes to the wellbeing and mindset of lawyers.

From the first year of law school, lawyers are taught to be skeptical, to be able to identify risk and ramifications from a distance - to be predictive, analytical, and critical. These are qualities that make good lawyers, but this way of thinking can permeate into one’s personal life.

“You are the company you keep,” is an adage that has rung true across history. It appears in the 16th-century publication of ‘English Proverbs and Proverbial Phrases: A Historical Dictionary’ by GL Apperson as: “Tell me with whom thou goest, and I’ll tell thee what thou doest.” The saying resurfaced in 17th century as “de dime, con quién andas, decirte he quién eres” in Miguel de Cervantes’ famed novel, ‘Don Quixote’. This maxim rings true when it comes to lawyers, research showing that those long hours spent in the office with lawyers can reinforce creating similarities in personality.

‘Herding Cats: The Lawyer Personality Revealed’, authored by Dr Larry Richard of Managing Partner Forum, delves into common personality traits amongst lawyers that differ from the general public. Richard found high levels of skepticism amongst lawyers, consistently averaging around the 90th percentile. The study noted: “If the profession attracts highly skeptical individuals, these skeptical lawyers will be skeptical not only when they’re representing a client but in other roles which might actually require lower levels of skepticism.”

Skepticism is well-suited to adversarial encounters such as litigation and contract drafting but isn’t so helpful in situations requiring trust, acceptance, and collaboration. And when skepticism extends into a lawyer's personal life, it can cause cracks in relationships by eroding trust with those around them.

Another trait Richard identified as high in lawyers is urgency. This is characterized by “impatience, a need to get things done, a sense of immediacy”. Low scorers tend to be patient, contemplative, measured – in no particular rush – whereas the excellent lawyers in Richard’s study scored significantly higher on this trait than the general public.

Urgency, like skepticism, is very useful in the practice of law as it contributes to efficient, productive lawyers who get things done. Yet it has a negative side outside of the legal bubble, with urgent people being perceived by others as curt and poor at listening. “The potential downside of this trait emerges most significantly in interpersonal relationships,” says Richard.

The most relevant trait to the wellbeing of lawyers that the study identified is “sociability”. The average sociability score for lawyers was 12.8 percent compared to an average of 50 percent for the general public. Sociability is the desire to interact with others and a comfort level in initiating new close connections. Lower scorers aren’t necessarily antisocial, instead preferring to rely on existing relationships with friends, spouses, and family rather than actively fostering new connections. Lower scorers are also more inclined to spend time on intellectual, information-dense issues instead of social, connection-driven interactions.

This isn’t surprising information if you consider that law is an intellectual, logical and rigorous profession that doesn’t place much emphasis on matters of the heart. The adulation of intellect and success is woven into the fabric of the legal profession, and this mindset can get woven into the lawyers themselves.

So how does the research on traits like skepticism, urgency, and low sociability relate to Pritchard’s statement on lawyers being in the business of fear? These traits will vary from person to person and can be significantly influenced by the professional and working environment. As people adapt and grow to be a great lawyer, these traits can be strengthened and become more apparent.

Pritchard believes that acknowledging and being more open about these traits can give lawyers the power to make healthier choices about how these traits appear at work and home. And to intentionally minimize or avoid traits that aren’t serving them well outside of the workplace.

“We can thank a healthy degree of skepticism, perfectionism, and urgency for creating great lawyers,” he says. “It’s up to us to better understand these traits, to recognize their downsides, and to turn down the dial on them for the betterment of our wellbeing and personal relationships.”

Why you should adopt a legal workspace vs a point solution

The new normal isn't all bad